Slot Gacor taraslot88
Tourette Syndrome and School: Your Child, His Tics and How To Tell his Classmates

Tourette Syndrome and School: Your Child, His Tics and How To Tell his Classmates

HomeBlogTourette Syndrome and School: Your Child, His... 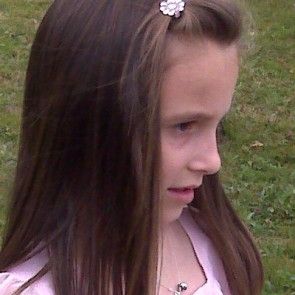 Tourette: Not a Laughing Matter,

Starts Usually in Between Ages 5 -7,

and Often Tic Reduction in Adulthood

Tourette almost always starts before age 18 – usually between ages 5 and 7. The percentage of kids who have a complete remittance of tics as they grow older is only around 10% only. However 90% have significant reductions. Unfortunately TS stays with you all your life but it will not shorten your life nor make you sick.

The syndrome is a condition that affects a person’s central nervous system and causes tics. Tics are unwanted twitches, movements (motor tics) or sounds (vocal tics) that people make.

The tics that come with Tourette syndrome may not necessarily need to be treated, because they are rarely dangerous or harmful. But if they are embarrassing, disruptive, frightening, painful or get in the way of school, medication can help. Also special behavior therapy can help manage and reduce tics in children, teens, and adults. You can read about this in the book “Nix Your Tics!” by Dr. Duncan McKinlay.

Some people explain tics as what you experience when you hiccup. You do not know when a hiccup is coming and you do not know how to stop one. Or another explanation is like when you have an itch. The URGE to tic, not the tic itself, is involuntary. Like scratching an itch – the itch can’t be controlled at all, but there is a bit of control over the scratch…however at a great cost to the individual.

Some say tics are like an itch. Others say tics are like pressure, tickle, tightness, warmth, etc. The fact kids suppress tics means on some level they are aware of the itch. You can’t suppress something that is completely involuntary, or have no idea is coming. But also there are those tics that come out of nowhere. Some are so sudden that they surprise even the person with the tic. They don’t see them coming!

The urge to scratch the itch is so overwhelming that the individual cannot concentrate on anything else. So like an itch, a tic can sometimes be controlled, with a lot of restraint on the individual’s part. However in the end the tic has to come out and by then it will even be stronger. Moreover tics wax and wane and change. 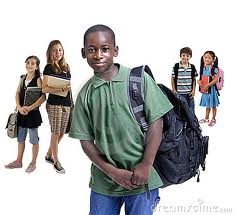 If a child has many tics and is embarrassed by them, to make life at school more bearable, a meeting with his teachers before a new school term is in order. Here you must discuss how to explain to the other students in your child’s class about Tourette and the particular tics your child has. Also any other adult in the school setting from bus driver to cafeteria staff, from music teacher to gym teacher must be informed so they know what is going on. If you thought bullying was a problem at school multiply it tenfold when you send a child with Tourette to school.

Plan this meeting long enough in advance so the teacher can find teaching material about Tourette to help with the presentation : a video, books written for children… Also I recommend to have the child present for most of the discussions.

Discuss accommodations like having to leave the classroom at any time if your child is overwhelmed. Have your child shown where he may go (Safe room/safe person). However, what you must strive for is for the child to feel at ease enough in class that those accommodations are rarely used. The permission might relieve enough stress that in itself it is a plus.

Involve your child in planning what is going to be said to his class and decide who will say it. Let your child decide if he wants to be present and if he wants to speak. Your teacher must be flexible for last minute changes in your child about these decisions.

Presentation to the class should accomplish the following:

A Game to Lighten the Presentation on Tourette and Tics

Play the game “Don’t think of the elephant” to make them understand what a tic is and how difficult it is not to tic. First start by asking how many were thinking of an elephant while you were talking. Then emphasize that they must not think one second in the next minute about an elephant. After the minute is over ask the question again . The game lightens the mood but brings home the point you are trying to make.

Refresh and Repeat the Presentation on Tourette

Refresh and repeat the presentation throughout the year because kids forget, tics change,

kids have new questions and the student with Tourette might want to add information. This would be a good time to invite a successful adult with TS in person/video. Also talk about other disorders so the students develop open minds and open hearts to all Special Needs.

Attachment disorder is a heartache for all involved. Anyway, I figured that my 5 yr old, who is VERY competitive with her siblings, wanted KidCompanions Chewelry Just Because Someone Else Had It. Turns out I was… wrong. END_OF_DOCUMENT_TOKEN_TO_BE_REPLACED