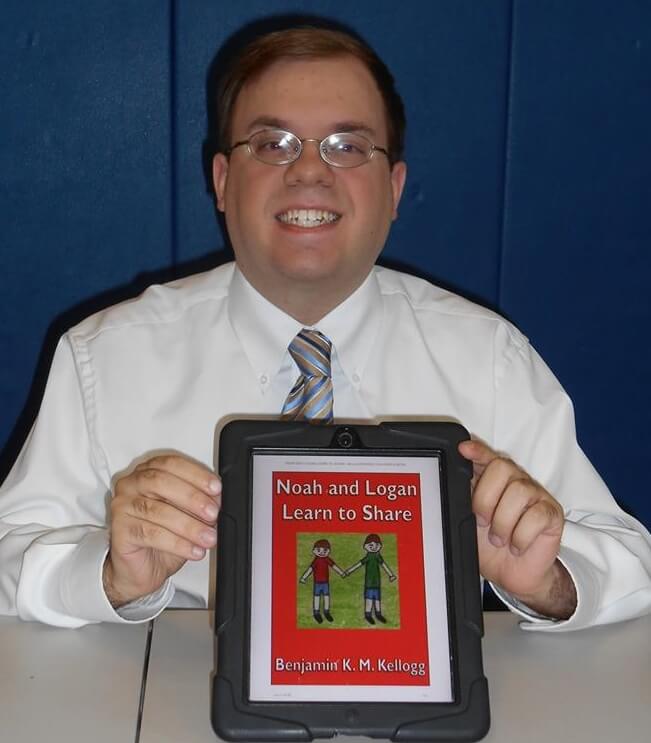 Social media makes it possible for a small business owner to interact with others in all corners of the world. We have designed two lines of chew necklaces and always love getting feedback about who uses our KidCompanions Chewelry and our Tougher-than-Silicone SentioCHEWS.

Through our Special Needs Book Review site, I have a new cyber friend, Theresa Kellogg. Theresa is the mom of an autistic adult and she got in touch with us to see if we would review her son’s children’s books.  Benjamin K M Kellogg’s first five books are e-books available for Kindle or any Kindle app. The only paperback one is a compilation of his first five books titled NOAH AND LOGAN CHILDREN’S BOOK SERIES Volume One – Stories One to Five published  February 19, 2018. Theresa is the illustrator. 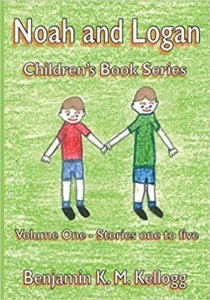 This delightful series of books for children aged 2 – 5 and grades P-1 teach social and life skills like friendships, sharing, cleaning up, concepts of colors, time, schedules, being responsible for pets, etc. Ben’s books can be enjoyed by not only children with autism but by all children because developing social and life skills early in life is so important.

Links at the end of this post take you to our reviews of Benjamin’s books and an awesome online interview we had with him. Also find links where to buy Ben’s books.

The five books included are the following:

When Theresa figured out besides reviewing books our main time is spent with our company selling Chewelry, she wrote to us about the early childhood years of her autistic son. The following shows easily the strong urge to bite and chew that Ben had to cope with. She wrote, “Every time I see your chew necklaces, I think of how much they would have been of help to Ben when he was a boy and struggling with all his sensory issues – especially with his need for oral motor input! They would have been the cat’s meow for him. I would have purchased many of them for him. His need to chew on EVERYTHING was real and a terrible safety issue for him and ME!!”

Ben needed to have oral motor input as a child. He chewed everything he could get in his mouth – some of it very dangerous. Theresa explained< I had to watch him like a hawk or paperclips, fuzzies off the carpet, pencil erasers, rocks, his clothes (even buttons if he could reach them), the TV remote control (also with buttons -very dangerous) etc. would end up in his mouth. So many things were a choking hazard for him. I can’t tell you how many times I had to go in his mouth after something. He was as quick as a bunny when he wanted to get something to chew on.

How to Find Something SAFE to Chew?

Ben was seeking oral motor input for sure and finding something safe to chew on was the key for us as well. Not an easy thing to do either. I was always searching for something that had the right shape, density, and texture that Ben was seeking so I could get him to transfer his chewing need to the right item. I really mean it when I say I wish your product/tool was around when he was little. It would have saved me a lot of trouble!! As Ben got older, he phased out of this need, but I think giving his body what it needed as a child helped him be able to phase it out himself.

If your loved one is constantly mouthing items that bring questions of hygiene, damaged teeth, and ruined belongings to mind, check out our two lines of chewelry – jewelry that you chew. KidCompanions Chewelry and SentioCHEWS are made and sourced in North America and sold on our website and in special needs stores.  The name of our company is SentioLife Solutions, Ltd. 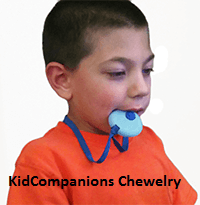 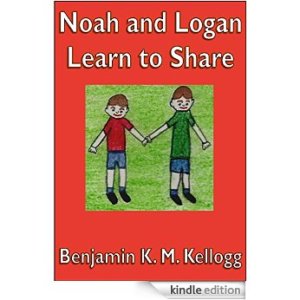 Attachment disorder is a heartache for all involved. Anyway, I figured that my 5 yr old, who is VERY competitive with her siblings, wanted KidCompanions Chewelry Just Because Someone Else Had It. Turns out I was… wrong. END_OF_DOCUMENT_TOKEN_TO_BE_REPLACED